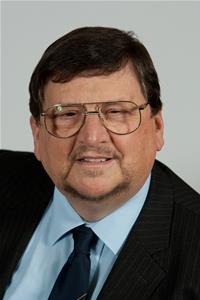 The Town and Borough Councillors for all Town Wards, Evendons, Emmbrook, Wescott and Norreys offer Councillor surgeries every third Saturday of each month at Wokingham Town Hall from 10am to 12 noon.

There is a rota so that each ward covers three surgeries per year and there is always a Borough and a Town Councillor present to take any concerns for all Town wards and Borough issues.

Malcolm has lived in Wokingham since the late 1970’s, when his family moved into the Beanoak area of Norreys.  His children, now with their own families, went to local schools and they have retained strong Wokingham connections ever since.

Now retired, Malcolm’s career was spent almost entirely in the IT business systems arena, plus extensive teaching experience in computing in both schools and colleges.

He has worked for major companies in the computing and software world, including many wide ranging commercial and industrial applications within the UK and abroad.  In addition he has worked in education and public services.

Malcolm has a keen interest in many of the council’s areas of responsibility, but is especially keen on planning, roads and the environment.