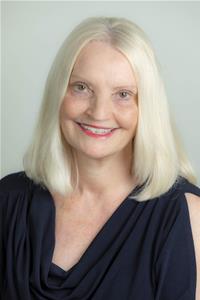 The Town and Borough Councillors for all Town Wards, Evendons, Emmbrook, Wescott and Norreys offer Councillor surgeries every third Saturday of each month at Wokingham Town Hall from 10am to 12 noon.

There is a rota so that each ward covers three surgeries per year and there is always a Borough and a Town Councillor present to take any concerns for all Town wards and Borough issues.

Born in Sweden and obtained British Citizenship in 1982.  Bachelor of Law University of Lund, Sweden.  Admitted as a Barrister by the Swedish Bar Association and as a solicitor / European lawyer by the Law Society for England and Wales.  Previously worked in the County Court and in legal practice in Sweden and the USA.

Formerly employed as a foreign language teacher at the Centre for Foreign Language in Belgrade, Yugoslavia and in Dallas, Texas.  Qualified as a Montessori Teacher at the London Montessori Centre.

Executive Member for Community Development and HR  May 2010 - May 2012

During my time as Executive Member my main achievements included:

•        Introduction of a second tier advice for vulnerable consumers on civil disputes with traders including support with County Court actions introduced into Wokingham.

•        Several briefings and talks for residents and groups on various aspects of trading standards including doorstep crime.

Portfolio oversight of the following:

•        Carried out fundraising for the following:

2013-2014 Supporting Building for the Future; a charity for disabled children

2014-2015 Setting up a fund with More Arts, Wokingham to help children between 14 and 19 years of age who have shown creative talents to reach their full potential by 1-1 mentoring and scholarships

•        Started networking between businesses and charities with the purpose of the former mentoring and sharing skills resulting in charities being run in a business like fashion and less dependent on outside funding.