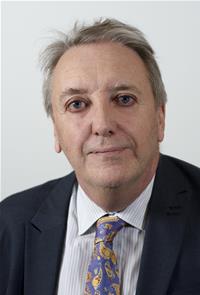 Chris Bowring was born in Stoke on Trent in 1953. In 1979 he moved to the Wokingham area and in 1999 was elected to Wokingham Town Council for the ward of Evendons East. Since then he has served on the Finance and General Purposes Committee and was Chairman of the Amenities Committee from 2002 to 2004. In 2004, Chris was elected to Wokingham District Council as member for Evendons Ward. Since then he has served on many committees and policy teams, most recently joining the Planning Committee. Chris obtained an honours degree in mathematics from Peterhouse, Cambridge and on graduating gained a diploma in Piano from the Royal Academy of Music. Chris worked in the computer industry as a programmer and consultant for 25 years, but in 2002 changed his career to teaching music. Currently he has a successful private practice giving piano lessons to both adults and children in the Wokingham area. In his spare time, Chris enjoys performing in amateur dramatics, gardening and watching cricket