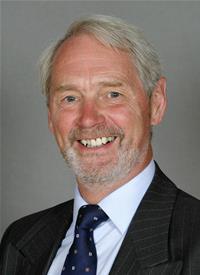 The Wokingham Without borough councillors hold a Surgery on the second Saturday of every month from 10am to noon in the Howard Palmer Room, rear of St Sebastian's Memorial Hall at the junction of Nine Mile Ride and Honey Hill. No appointments required, please just come along. You can also contact any of us by phone or email at any time.

Now retired.  I spent the first half of my working life as an RAF Officer, spending much of the time as a pilot.  The second half has been in property and facilities management, including ten years running a subsidiary for a Japanese corporation.  I then became a self employed consultant.  Outside of work and politics I have always been active in sport and the running of clubs and have sat on the Borough Sports Council for over 20 years including four as Chairman   I have been involved in City of London activities for 20 years and I am the elected Beadle to the Alderman of Bread Street Ward and Trustee of two City of London Charities.  I have lived in the area for over 30 years with my wife.